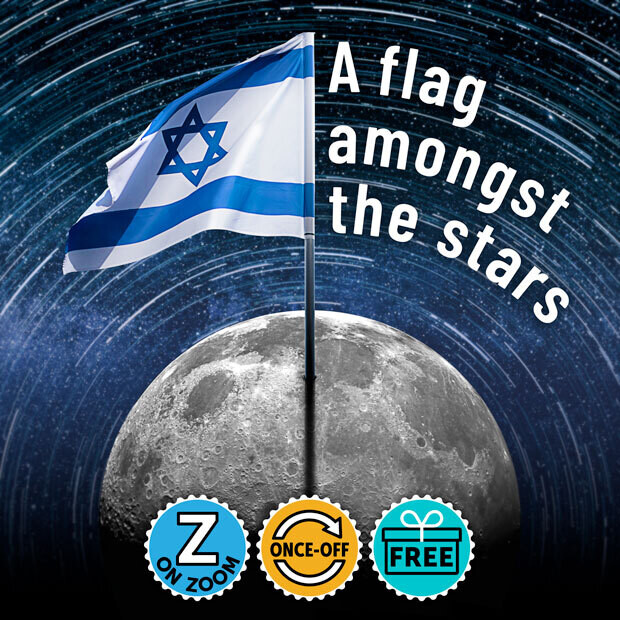 A Flag Amongst The Stars

In 2019, Israel launched Beresheet, a lunar lander that aimed to plant the Israeli flag on the moon. While unsuccessful, the questions remain, both for the future and the past. How would halacha work in space? And what makes the Israeli flag such a potent and Jewish symbol? Join Rav Aviad Tabory to find out.

This is part of The State of Israel - History and Halacha course (each session is a standalone session).

Halachic responses to some of Israel’s toughest questions

With the establishment of the State of Israel, a new era began in the history of the Jews – not only from a national and political point of view but also from that of Halacha – Jewish Law. Halacha has always needed to find ways to respond thoughtfully and sensitively to new situations, and the new State brought a wealth of questions that had not been considered for two thousand years.

We are thrilled to have Rav Aviad Tabory return and continue unpacking a few more decisive moments in the history of the modern State of Israel from a halachic perspective. These topics were controversial for both Israeli society and the religious establishment and still have much to teach us today: