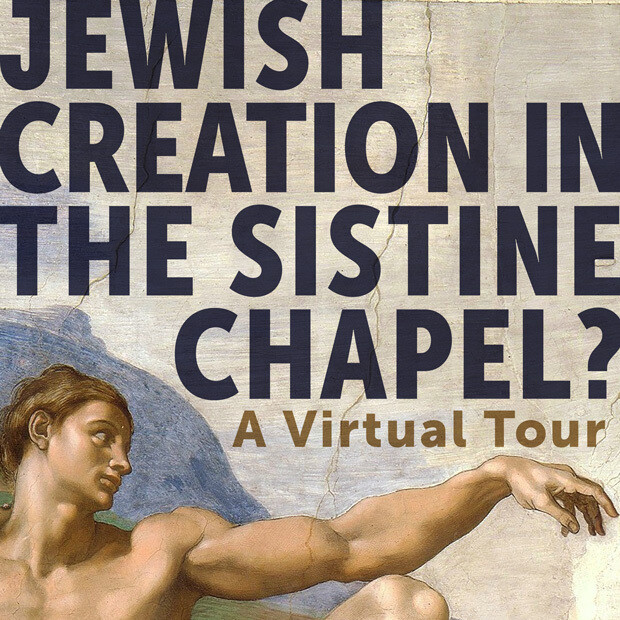 Jewish Creation in the Chapel? A Virtual Tour

The Vatican in Rome is the centre of Catholicism and the Sistine Chapel is its crowning glory. The chapel’s world-famous ceiling was painted by the great Michelangelo five centuries ago, with the iconic scene of the Creation of Adam becoming one of the most famous works of art in the world, signifying the beginning of humanity.

Less well known is that the chapel was modelled on the ancient Temple in Jerusalem built by King Solomon, that its biblical frescoes reflect Jewish influences on Michelangelo’s education, and that the ornate flooring has Kabbalistic overtones.

Join the Academy and Rabbi Dr Raphael Zarum, Dean of the London School of Jewish Studies, on a unique virtual tour of this fascinating and magnificent place. Weaving together Torah and Talmud, Midrash and Mysticism, we’ll see the fascinating overt and covert messages within the chapel’s many frescoes. These messages still have meaning for us today in the rift between religion and reason, and between the Hebrew Bible and the New Testament.

Rabbi Zarum has decades of experience as a museum guide, with his research, style and enthusiasm making this an unforgettable experience.

Please note that there are scenes of nudity and Christian belief which are part of the Sistine Chapel art and these may appear in the course of the virtual tour.

Save this product for later