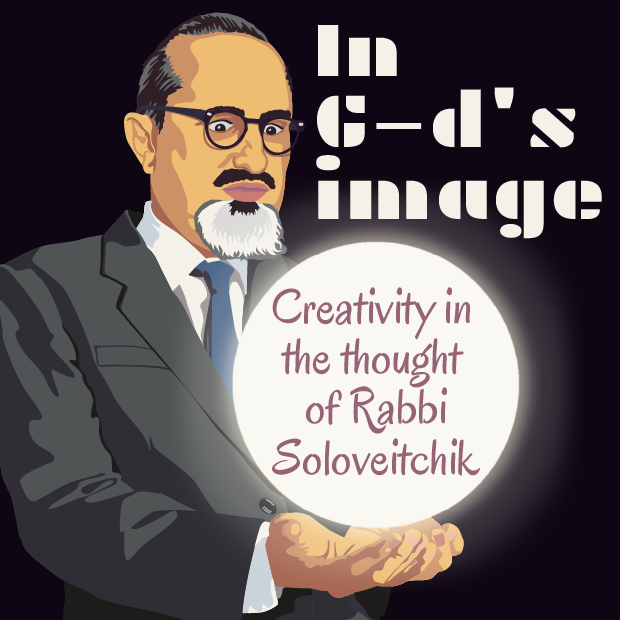 In G-ds' Image | Creativity in the thought of Rabbi Soloveitchik

Creativity in the thought of Rabbi Soloveitchik

Creativity - it's an elusive mirage, so sought after, but often only found when least sought. At once, a means to so many ends; and simultaneously, a process which so consumes the creator that they forget themselves in the flow.

Join the Academy and Rav Ramon Widmonte for a dive into the philosophy of Rabbi Soloveitchik and his approach to creativity - in his mind, the closest we can come to emulating G-d.

Rabbi Soloveitchik is known as a tower of Jewish thought and life in the 20th century. The creator of the Orthodox day school system in the USA; the pillar of Yeshiva University - the leading light of Modern Orthodoxy, combining Torah study as well as worldly education; and the preeminent Talmudist in the 2nd half of the 20th century. If this were not enough, he was also the most stunningly original, innovative and creative author on the personality, experience and philosophy of Judaism.

Join us for a transformative journey of introspection and Philosophical exploration; to reach, maybe, actualise the image of G-d in each of us.

Save this product for later